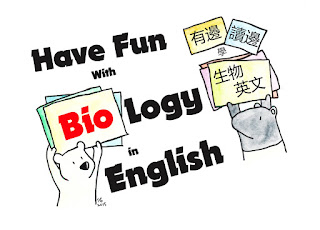 What's the relationship between oxygen and sour?

In Lesson 17-1, we learned the prefix of oxygen. They are:

We also learned that the prefixes for sour or sharp taste are the same. How come?

The reason why oxygen and sour/sharp taste use the same prefixes has a lot to do with Antoine Lavoisier.

Although other scientists like Joseph Priestley and Carl Wilhelm Scheele complained that Lavoisier was not the first one who found oxygen, he was the first person to conduct the first adequate quantitative experiments on oxidation and give the first correct explanation of how combustion works.

He discredited the 'phlogisticated air' theory, noting that after he burned elements like phosphorus, mercury and sulfur, the overall weight did not change at all. When he heated red calx (mercury oxide, HgO), this substance is being released back into the air.

Because the compound generated from burning phosphorus, mercury or mercury are acidic, he named this 'vital air' to 'oxygen', mistakenly thought oxygen is the constituent of all acids. Chemists in 19th century proved that hydrogen is the component of all acid, but by then the name is too well established.

Lovoisier was killed in the French Revolution. According to a (probably apocryphal) story, the appeal to spare his life so that he could continue his experiments was cut short by the judge: "La République n'a pas besoin de savants ni de chimistes; le cours de la justice ne peut être suspendu." ("The Republic has no need of scientists or chemists; the course of justice cannot be delayed.")

What is the relationship between halogens and salts?

In Lesson 17-4, we learned that functional groups containing chlorine (Cl) are using the prefix hal(o)-. As a matter of fact, fluorine (F), chlorine (Cl), bromine (Br), iodine (I), and astatine (At) are called the halogens or halogen elements collectively.

However, we learned that the suffix hal(o)- meaning sea or salt in Lesson 18-2. Are they using the same prefix? Why is that?

The reason why elements fluorine (F), chlorine (Cl), bromine (Br), iodine (I), and astatine (At) are called the halogens is because when they react with metals they produce a wide range of salts, including calcium fluoride, sodium chloride (common salt), silver bromide and potassium iodide. Therefore, they are name halogens, meaning 'salt-producing'. The suffix -gen means 'produce', which we learned in Lesson 16-5.


This name was suggested by Swiss chemist Jöns Jakob Berzelius in 1842. However, the term halogen was created by Johann Salomo Christoph Schweigger at 1811. It was suggested for naming chlorine at the time, but it was not used. Later, the term was used by calling all of the element of  group 17 -- including chlorine.

After learning Lesson 17-4, you may become curious why cyanide and the color blue share the same prefix. It is:

The reason why they share the same prefix is because it is being firstly obtained by the heating of the pigment known as Prussian blue.


Prussian blue is a dark blue pigment with the idealized chemical formula Fe 7(CN) 18. To better understand the binding situation in this complex compound the formula can also be written as Fe 4[Fe(CN) 6] 3 · xH 2O. It is the first synthetic dye. It also called Berlin Blue or Persian/Paris Blue. It is the traditional "blue" in blueprints.

Prussian blue can be use to treat thallium poisoning. It was synthesized by the paint maker Johann Jacob Diesbach in 1706.

Because cyanide was obtained from Prussian blue at first, it was named cyanide as a reference of blue. The Greek for dark blue is kyanos.

This suffix is making me dizzy: -oate

We get confused with acid because the suffix of acid is -ate.

Those compounds are the five esters that can be detected in dead and decomposed human cadavers.


However, -oate is not the worst one. The worst chemical suffix is -ane!

Why chlorine and color green use the same prefix chlor(o)- ?

After finished learning Lesson 17-2, I am sure all of you noticing that chlorine (Cl) and color green share that same prefix. It is

Why do both of them share the same prefix? There's a story.

The element chlorine was firstly discovered by Carl Wilhelm Scheele in 1774. When he treated the pyrolusite with hydrochloric acid over a warm sand bath, a yellow-green gas with a strong odor was produced. The reaction is indicated as below:

However, he did not realize what he got is an element. He thought it is an oxide (also a lot of people at that time), although he did notice this yellow-green gas can make the litmus paper turning blue. He also noticed that this gas can kill bugs.


Humphry Davy repeated his experiment in 1810 and he reckoned it is an element. He named it chlorine because its color. In Greek, chlōros means yellow-green color. Although Johann Salomo Christoph Schweigger suggested that it should be named as halogen, but it is named chlorine. The term "halogen" was later being used to name all of the elements that have similar characteristics as chlorine -- they can all form sea salt-like compound with metals.